Strength: A Reflection on Stories, Wisdom, and Power 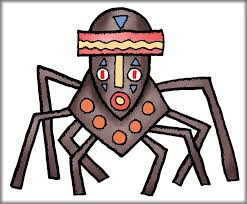 What does it mean to be strong?

Delilah beguiled Samson, lay with him, and when he was asleep, she cut his hair. When the deed was done she called to him, “Wake up Samson, the Philistines have come!”

Without his hair, Samson had no strength and the Philistines took him blinded him and chained him in their great halls to make sport of him.

What does it mean to be weak?

A mouse was scurrying home when she accidentally ran across a lion’s paw.

What does it mean to be wise?

Anansi tried and tried to find a way to get down to the bottom of the pond, but he could not do it. When all of the food was gone, the turtle swam to the top of the water and handed Anansi a glass of water.

“Sorry, friend Anansi! I waited as long as I could. I guess you just weren’t hungry!”

Don’t do something to someone unless you want them to do it right back to you!


What does it mean to be smart?

“Why ain’t you dead?” Brer Fox demanded.
“‘Cause I was born and bred in this here briar patch, and it is ‘xactly where I wanted to be!”

I have wondered what stories to tell.

I have wondered what to say.

I have fought and listened and discussed.

I have wept, and yelled, and clenched my fists.

I have also been proud, shocked, incredulous and hopeful.

So, I leave you with this tale (apologies to Margaret Read MacDonald for my not verbatim retelling!)


Once, all of the animals gathered to determine who was the strongest.

Gazelle went first. She ran like the wind through the trees faster and faster on her powerful and delicate legs. When she stopped, she raised her head proudly.

Gorilla climbed the trees higher and higher with his powerful arms and legs. He swung through the branches and then landed on the ground and pounded his chest.

Elephant ripped trees from the ground with her powerful trunk, picked them up with her tusks and hurled them into the air.

Man arrived late. Man was always late. He had a package with him. He hid it behind a rock and walked into the middle of the gathering.

“Welcome,” said the other animals. “What can you do?”

He jumped up into the trees and went from branch to branch and then swung around from place to place, and then he climbed down and said, “Ta-da!”

“Well,” said the animals, “we’ve already seen climbing. That was nice climbing, but it wasn’t as strong as Gorilla’s.”

“Well,” said Man, “watch this!” He ran around with sticks beating on the trees and singing and making lots of noise. He tossed the sticks away, ran over to the animals and said, “Ta-da!”

“Well,” said the animals, “We’ve already seen running. That was nice but not as strong as Gazelle.”

“Watch this!” said Man. He began to flip and dance. He went on like this until he was tired. He ran over to the animals and said, “Ta-da!”

“Well,” said the animals, “that was entertaining, but lots of us can flip. Is there nothing you do that truly shows your strength?”

Man was upset. “You want to see strength?” he cried. “I’ll show you strength!”
He ran to the place where he’d hidden his package, ripped it open, took out a strange object, pointed it at Elephant, and then there was a loud noise. Elephant fell down dead. The animals fled into the trees.

Later, after Man had gone, the animals came out of hiding.

“What was that?” asked one.

“Was it strength?” asked another.

To this day, Man walks alone, for he is the only animal who doesn’t know the difference between “strength” and “death”.

I have heard so many stories of strength and love in the last few days, that I think we might actually make progress.

I have seen determination and strength mobilize a new generation of Americans to oppose the routine slaughter and senseless death of our children that has become such a common thing in this country.

Let us hope these stories and actions can move our country forward.

Holding our children in my heart

The Telling Can Be Powerful
Use It Well