How To Avoid Blundering Into Horrible Gig 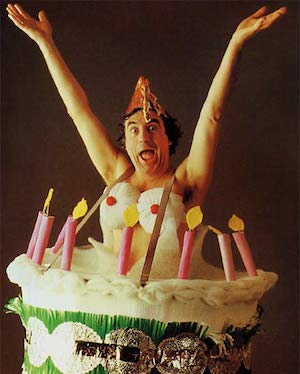 There are few things worse than blundering into a performance situation that is annoying or horrible.

We all have types of shows we won’t do. For every performer who runs screaming, another would do the venue at the drop of a hat.

Either way, if you agree to the terms, you show up and do the job.

Over the years, The David and I have gotten very good at asking the right questions to make sure that I am not walking into a situation that will prove aggravating at best, or downright infuriating at worst.

Twenty years ago I was asked to tell at a festival for a school.  It was called ‘Viking Days’ or something like that.
They didn’t offer much money, but I was new to the area, knew a family who sent their kid to the school, and thought it would be helping them out of a tight space.


The school was a deep-pocketed academy, and I think I had it in my mind that this exposure might turn into a good gig down the line.


I arrived to find a ‘story room’ on the other side of the building, away from the festivities. They’d hired me to tell for an hour and a half straight to whoever just popped into the room.


I realized a couple of things at that point.
1)  This was not a great venue for a performer
2)  I needed to voice to someone that if they wanted a story room like this they should just get parents or older kids to read in there and not bother to get a professional storyteller.


They didn’t even need anything particular.


A quiet room with a storytelling recording or even soft music playing would have been fine.


This was a time-out room from the ‘fun’.


If your kid was on the verge of losing it after partying, this was the place to take them.


A live person dealing with the sporadic, often toddler aged, mostly unaccompanied random children, who popped into the room over the course of the hour and a half full of sugar, with swords, hats, tummy aches, adrenaline, and meltdowns from being way overstimulated was crazy.
I am usually pretty even-keeled but as my time in that tiny room stretched towards infinity, I became extremely annoyed.


I compounded my first mistake of taking a gig without getting the details with my second mistake because I can be a stubborn, grumpy, whiny thing when I get really annoyed.

I talked to an organizer at the event instead of going home, thinking through my response and sending an evaluation of the experience.

The next year, I got an unintended note. One of the organizers had sent an email to the committee, and I was accidentally cc’d on it.
She’s good, but she is high maintenance.  She was upset about something last year, but I don’t remember what it was.  You can contact her and see if she’d do it again.

I had two choices.


Either I could let them know I had been cc’d by mistake, or I could just listen in to the rest of the conversation.
I chose the first.


I sent out an email to the entire committee. I let them know what my concerns were, gave them suggestions for better activities in that room, and told them that the fee I accepted the year before was very reduced and wasn’t a reflection of what a professional performer usually needed. I apologized if I’d been disruptive the year before, informed them that I didn’t want to do the event again, and wished them luck in finding an appropriate experience for that room.
I have no idea what the upshot was.


It doesn’t matter, the point is, I made a poor showing of myself with them.
So, here are some quick, but obvious tips…


1. Make sure you know the venue, what you are expected to do, and who is the expected audience to the best of the organizer’s ability.


3. If you have suggestions or concerns about the venue once you arrive, do the show as long as it is both safe and possible, but wait until afterward to give them an evaluation if you feel they could better meet the needs of a performer and audience in the space.


4. Sometimes people hiring you know exactly what you do and how to fit it into their programs and sometimes they don’t. Don’t assume. Discuss.

Good Luck Out There.