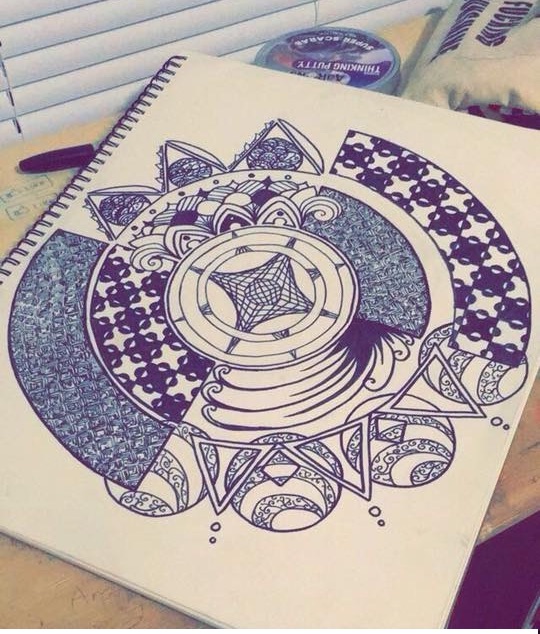 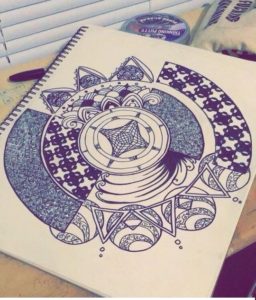 My daughter drew this free hand

We must strive to leave the world a more beautiful place than we found it by using our creative gifts.

This is my favorite day of Kwanzaa!

It is also the night of Karamu – The feast of Kwanzaa.

This year we had Hoppin John, ham, candied sweet potatoes, pot roast, mashed potatoes, cornbread, spinach, and I made a chocolate cake just because.

We talked about how we used our various skills over the last year, and what we did to make beauty in the world.

There was a man with three sons. He said, “I shall leave this house to whichever of you can fill it.”

The first son, the brightest, knew what he would do. He bought feathers. He bought carts and carts of feathers. He filled that house with feathers until there was not a corner that did not have feathers, but after a while, the feathers settled, and the house was not full.

The second son scoffed, but the eldest said, “It is not so easy. You will see.”

The second son thought he had a better idea. He got straw. He filled that house with straw. He filled it until there was not a corner that did not have straw, but after a while, the straw settled, and the house was not full.

The youngest son couldn’t help but laugh. He was a merry soul who was never taken all that seriously. The older brothers shook their head. “You will see that it is not so easy.”

The youngest son went to town and got some of his friends. That evening, they took out their fiddles, banjos, and drums, and played and sang. No matter where you went in that house you could hear the merry sound.

At the end of the evening, their father announced that the youngest had surely won, for he’d filled the house from cellar to attic with music and laughter.