Process v.s. Product while in Residence

I truly hate doing short residencies that are meant to end up in a performance.

This is not the case if I am brought in to work with a group of kids who are already planning to present something. In a general classroom setting with a myriad of different kinds of kids…I don’t enjoy it.

For a small number of kids, being on stage will be one of the most amazing things in the world, and perhaps they will get bitten by the performance bug, and someday they will be on Access

Then there are the children who will freak out about it…

This is the person you encounter on line in the grocery store who will tell you that they were forced to get up in front of everyone, and that was the moment when they realized they had no talent and would never, ever, ever want to be on stage again.

The bulk of the children will fall in the middle of the spectrum.

As a born ham, I never had trouble speaking to anyone anywhere. I didn’t really get shy kids when I was younger. I didn’t grow up in a family with any, and most of my friends were anything but. That doesn’t mean I didn’t know some…I just didn’t get them.

I took them at their word that they were scared to speak, but I didn’t get it.
I remember well parents who found their shy kids embarrassing, and they attempted to force them to get over it.

This idea that if you just showed shy people that they had nothing to fear they would come out of their shy shells and be like everyone else is a myth that got picked up somewhere, and it is often used to scar shy children.

Some grow out of being shy, and others never do. That is just how it is.

Recently, I met sixty-one absolutely marvelous third graders. We played story games, language games, and did a short skit at the end of the week.

In small groups, these kids did really well. When we did tableau work, and they had to stand before their peers, but  didn’t have to say anything, they were fabulous. Then, we had our first speaking work.

Despite having ample time to practice their little skits that lasted only about thirty seconds, I had an entire class where none of the four groups could get all the way through the skit. Once they were standing in front of their peers, they just stared at them and went silent. The lines they were able to recall as long as they were in small group slipped away, and they couldn’t even remember what they were supposed to do.

In the other classes, we had a variety of outcomes.

One little boy couldn’t manage anything but giggling. He was a guard without any lines at all, and he giggled all the way through the five line skit they created.

One group had five kids, and only two of them were willing to say anything.

We had people who, while they were working with their group, couldn’t seem to find their way, but when they were standing up in front of the group, they turned into forceful performers, and took everyone by surprise…including themselves.

Several other kids absolutely bloomed and had amazing characters that every single person in class enjoyed. We laughed and loved their wild characters, but they were the exception to the rule.

I bring all of this up because when we originally conceived this residency, I explained that what I was going for was working on communication and interpersonal skills. The district was excited about that. I explained how I would be doing that, and they were very excited. Then, they added an extra two days and asked if the kids could do a performance.

They didn’t bother to tell me they wanted one until I showed up and got the schedule.

On our first day together, Monday, I did performances for the whole school.

After the show, the director realized I was not anxious to have the kids do a performance. He asked why, and I explained that if we were going to do a performance, then we would need to work all week doing that, but I only had each class 4 times for 45 minutes a day.

That would mean that in four 45 minute sessions I would have to get over sixty kids ready to stand in front of their peers and possibly the parents or other members of the school to do some storytelling.

I explained that we might be able to produce some semblance of storytelling, but we would not be able to focus on the slow, deliberate work of learning some of the basic skills that could be carried over into other areas of their lives. I also suggested we could do an exhibition where we showed the other kids and their parents what we had been doing all week.

In the end, we agreed to focus on small group and communication skills, and not sweat the “performance”.

I have done some storytelling residencies that culminated in performance, but those usually require multiple hours each day with the same group of kids, or more than just a few contacts, and we go through a very particular process to reach our goal. It is much more geared to working for an audience, not small groups to learning how to better communicate with peers. That could be a side effect of the work, but it is not the main thrust.

All of the kids in those intensives are successful, and I work hard to bring each kid to a place where they feel comfortable. Any kid who doesn’t think they can do it, I work with…however, I don’t force kids onto the stage.

I will always choose process over performance if I can, because learning the process is like teaching the kid to fish. If they understand the process, they can apply it to many different circumstances, including getting up on stage someday if they wish.

We all progress from stage to stage at our own pace. Forcing square pegs into round holes is never a good fit.

Some people adore the performance aspect, and couldn’t imagine not having a presentation.

As an artist teacher, stay true to what you do, articulate it as well as you can, and help your charges succeed…wherever they are. 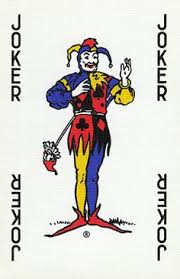